A few years back I became interested in painting roads as subject matter.  When I learned about our distant Scottish relative John MacAdam of road fame, I would think about the roads as we would drive and take pride that a family member had something to do with there invention taking the Roman road and improving it.  This is one of the first photographs that I used for reference in the road paintings. 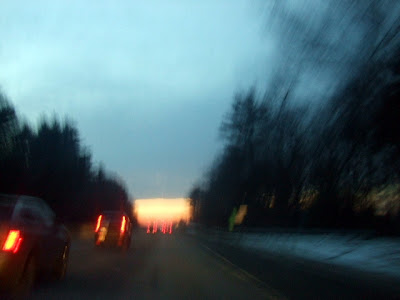 The photographs I made to record this phenomenon of movement in space.  I
discovered that the photograph itself held these properties of seeing that surprised me. I did not expect the highway to appear beautiful and mysterious.
So much is moving around us.  We see beauty out of the corner of our eye.  Our days blur by but there are those few moments of clarity and stillness that we cherish. 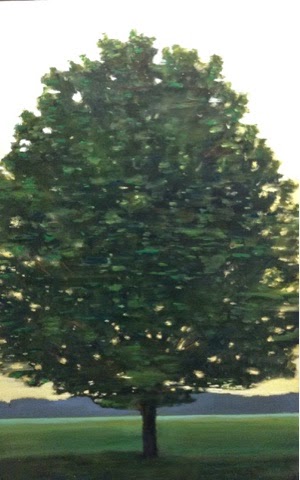 Tree by the Road Side
Oil on canvas
36x24 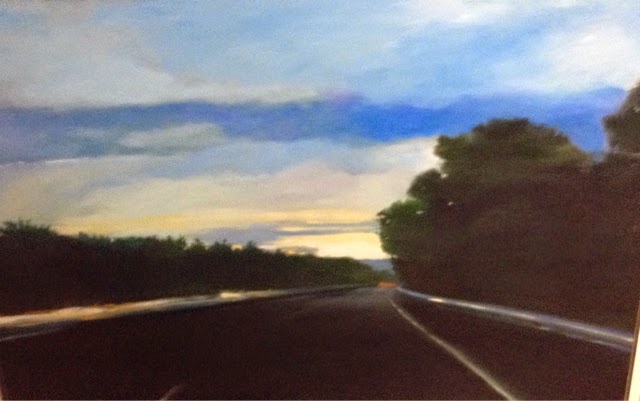 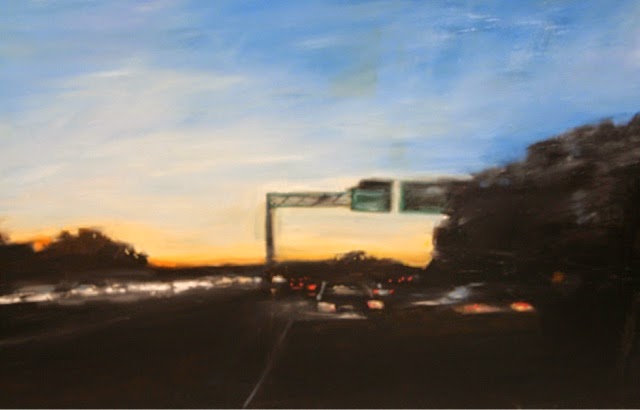 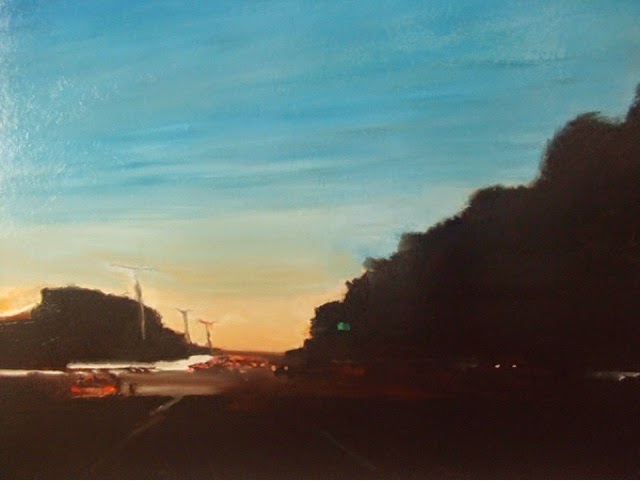 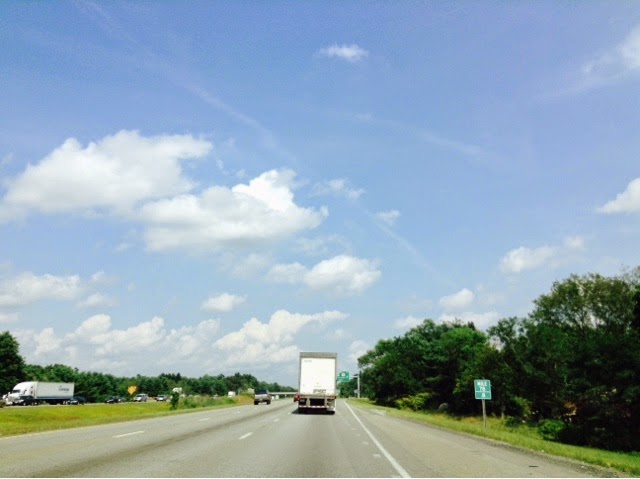 Truck on the highway ...
When I first showed these to Ivan Karp he asked if I had shown any one else.  He was one of my art heroes so to hear that he liked them and that I was on the right road so to speak was a dream come true.  I trust his judgement and for him to say that he liked them and wanted to show them was a full circle from being in college and seeing him gallery from the street and hoping one day to show there.  Life is strange and wonderful!
Posted by jonathan macadam at 9:19 AM No comments:

In recent paintings this fall have been dealing with nocturnes and the moon.
The painting below has a moon that is hard to see from the photo but is pink and right above the creek hovering on the right side.  I couldn't help but think of the  Nick Drake song "Pink Moon". 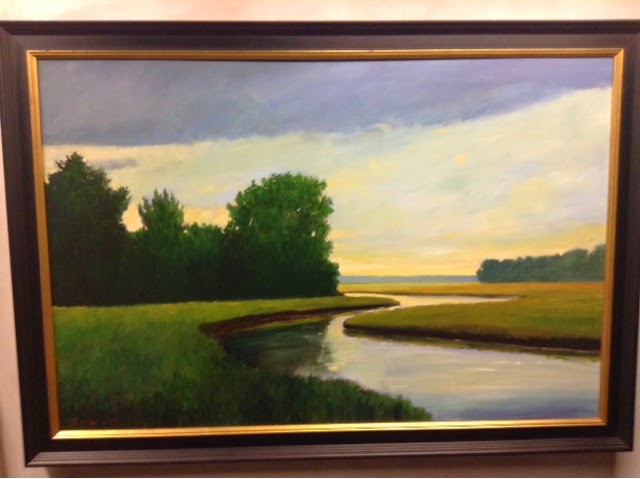 If I knew how to put links to songs I would put one here.
... 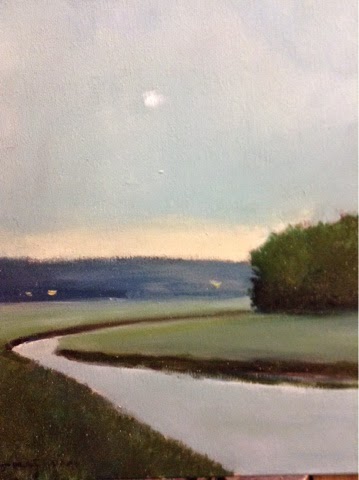 This painting in progress is of Walker Creek in West Gloucester.
The moon is more visible here.  I do feel that with a full moon we can feel it in our bodies.  The tides being pulled and the water that is in our body.  Neil Young records his music when there is a full moon because he thinks it will be better.  I don't think too much about it but I do notice when the moon is full and try to make a painting that day just encase.
With the study below I was trying to get the effect of clouds passing in front of the moon.  The artist Albert Pinkham Ryder comes to mind.  I really enjoy the composition of these paintings. In the painting below the road leads us to the moon.   Then the little cloud to the right of the moon leads our eye back down to the house.  I should say leads my eye as I don't know how others read paintings. Many of his paintings feel balanced this way.  If you play the game and cover some of the shapes for example either cloud on the moo in the second painting the painting is thrown out of balence. 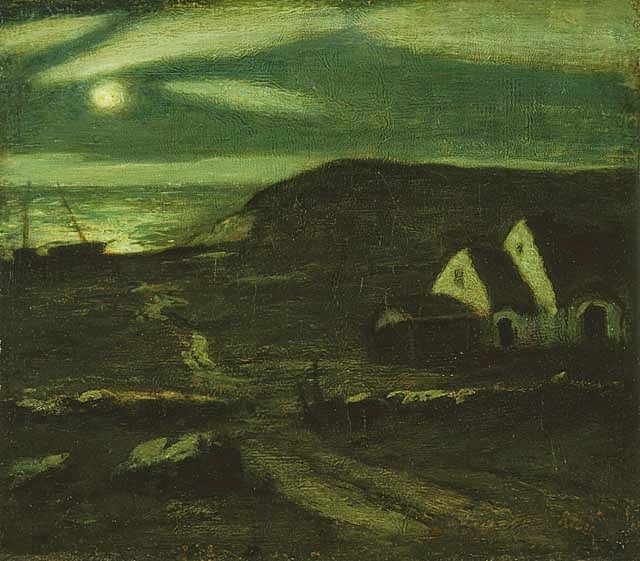 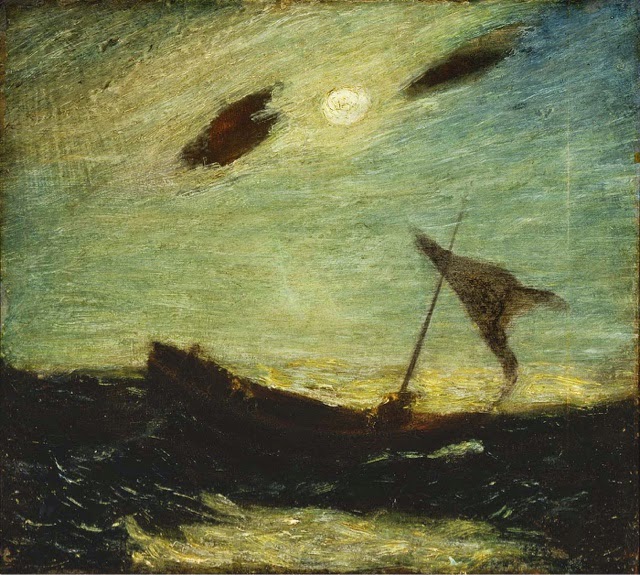 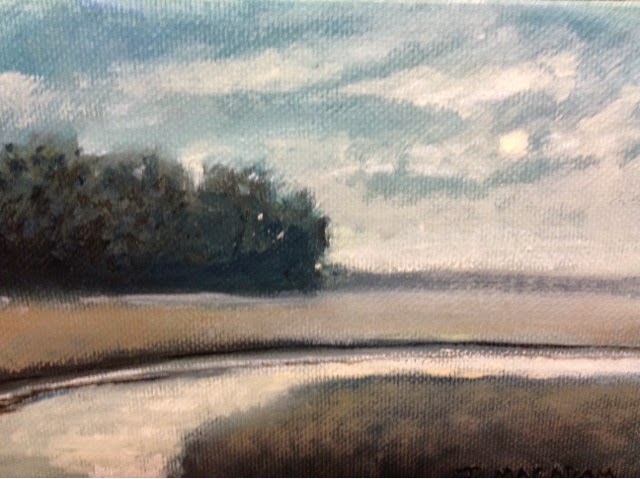 Posted by jonathan macadam at 6:33 PM No comments: 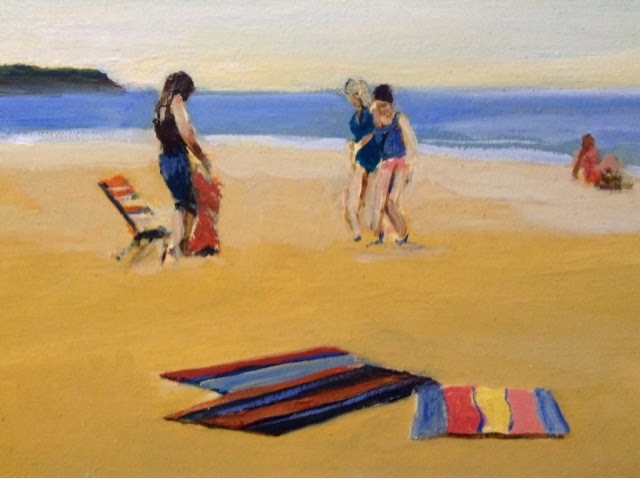 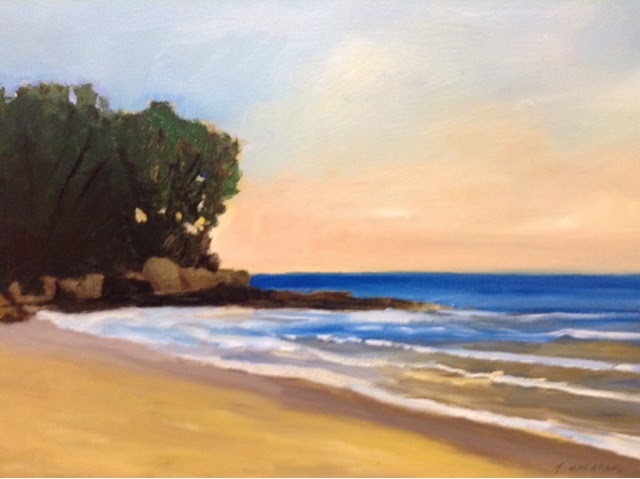 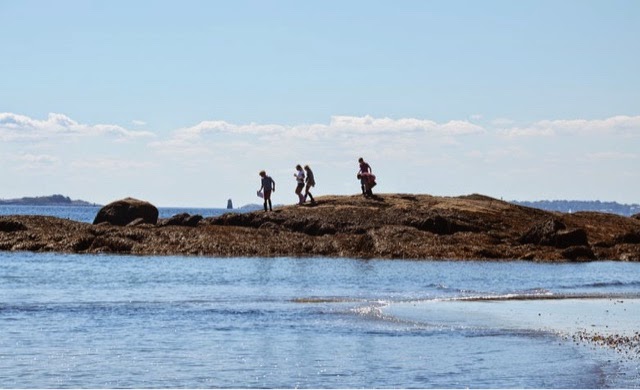 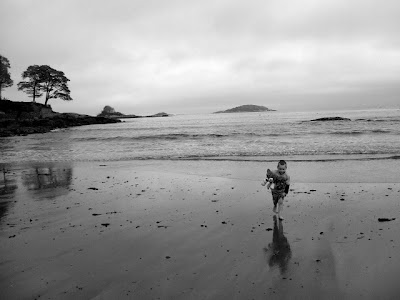 For five years we lived in Bevely Farms and could walk to the ocean and West Beach.  Here is Isaac looking for hermits.
I love painting a the beach and have so many studies from
living there.
Posted by jonathan macadam at 6:30 PM 2 comments:

If you know my paintings you know that I am obsessed with the end of the day.  Se call it the magic hour.  I'm not sure what it is.  The light coming in and illuminating things transforming ordinary mundane objects into charged living globs of light on the surface of the universe.  It is amazing and it never gets old to look at objects back lit or bathed in light.
Here are images from the back yard.
Beyond the trees is the ocean.  I have seen this scene so many times that I can become accustomed to the beauty of it but it never happens.  I am always amazed. 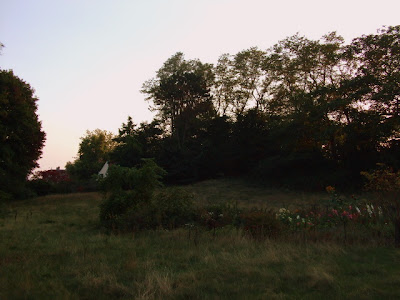 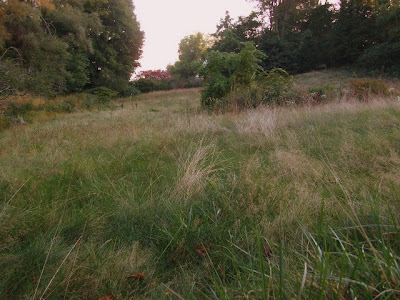 Below are a few dusk paintings 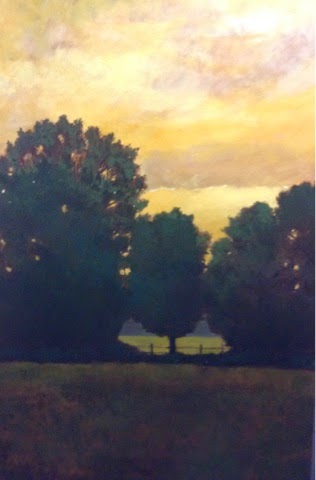 Harmony in Brown and Ocher
48 x 36
Oil on panel
Posted by jonathan macadam at 6:26 PM No comments:

My children are a constant source of wonder to me and also help me see the world around me with the same wonder.
Artists have to train them selves to stay in this state and be in constant wonder.  This is a big part of what I enjoy about painting and drawing.  To just observe the world and to wonder at its magic is a great practice and drawing something helps a person really look at the thing that they are drawing.
Here are a few studies. 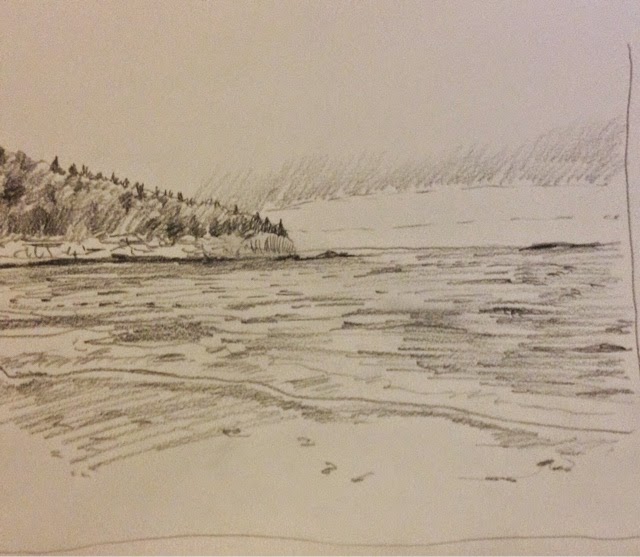 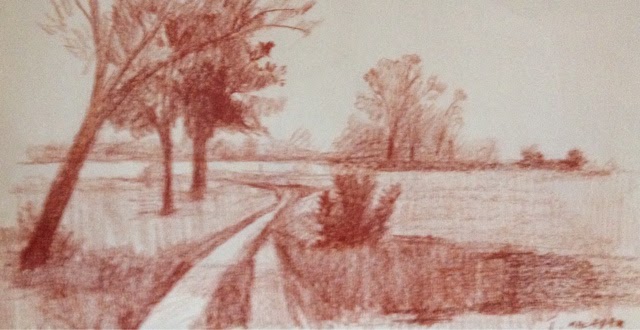 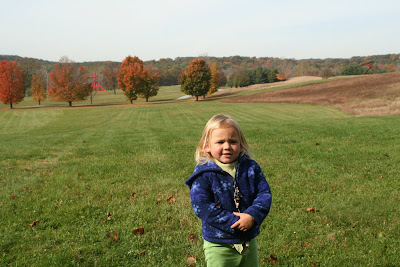 For Selah
Posted by jonathan macadam at 6:20 PM No comments: 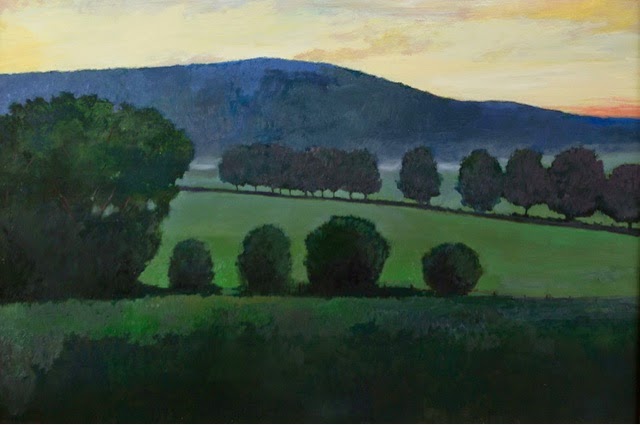 This fall we took a trip with the children to the Storm King sculpture park.  What a great out door museum for sculpture.  It was a little like Disney for art lovers with s tram that drives people around.  Andy Goldsworthy stone walls that disappear under the water and reappear on the other side.
I was inspired to role down the hill with the children.
Posted by jonathan macadam at 6:18 PM No comments: 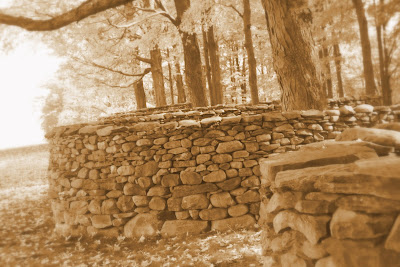 wall by andy goldsworthy
Posted by jonathan macadam at 6:16 PM No comments: 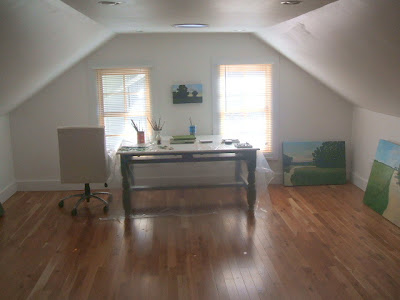 In the studio I was working on a series of skyscapes. As long as I can remember I have been drawn to the way the sky above played on the landscape below. As time went on this simple combination of sky and land has been a major theme in my work. I want to bring these two together so that they are intertwined.
Posted by jonathan macadam at 6:05 PM No comments: 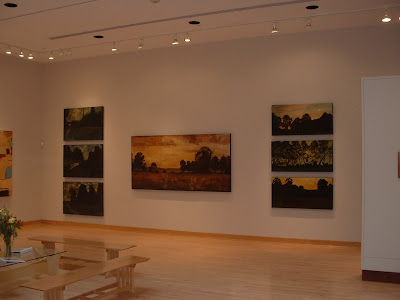 Here is a show of landscape paintings on the North Shore.
Posted by jonathan macadam at 6:00 PM No comments: 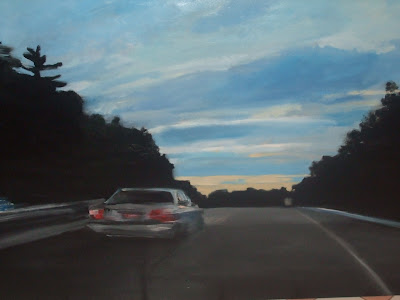 Posted by jonathan macadam at 5:47 PM No comments: 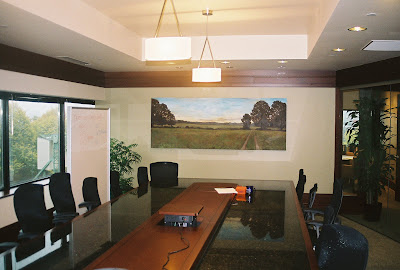 This is a commissioned work that I did for a law firm in Boston a few years ago.
Posted by jonathan macadam at 5:45 PM No comments: 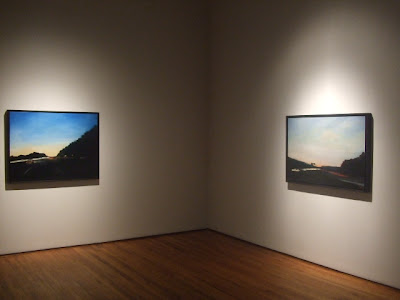 These painting of roads are from 128 and 93 outside of Boston.
These recent oil paintings of the highway at dusk are an attempt to understand beauty in our time, and our relationship to the world around us. These scenes are overlooked places that are peripheral to our vision. I have used photographs as reference to focus on these ambiguous moments of movement. The light at the close of the day surprisingly changed the landscape below, transforming all the objects below. In our modern age it is hard to process all the information that we are receiving and these still images help me to contemplate the present. My hope is to make myself and others aware of subtleties of the land, and to be reminded of the wonder that we have become accustomed to.
Posted by jonathan macadam at 5:39 PM No comments: 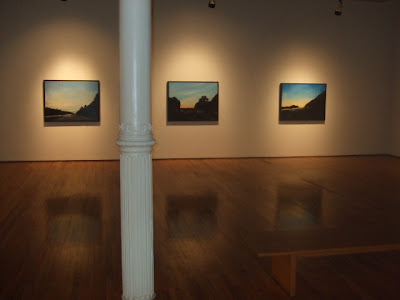 These are some recent paintings at OK Harris gallery in New York.
Posted by jonathan macadam at 5:26 PM No comments: