The movement of water

I have been looking at some of the drawings of Leonardo da Vinci to help understand how water moves.  I love the drawing in the Royal Library, Windsor Castle, England.  The movement of the water is slowed down as we see the beautiful patterns that the swirling wind and water make as they fall on the landscape below.  The coils of rain look like hair that has been carefully rendered with the black chalk on paper.  They do resemble the Chinese paintings that tend to go beyond the physical realm, yet de Vinci is very much looking at Nature and studying closely.  Like Abrecht Altdorfer, he was responding emotionally to nature.  These pure landscape paintings with no figures at all make the landscape the sole subject of the painting.
These studies turn the water into a sort of mathematical study, the geometry of the fluid water as it hits up against rocks and itself, falling and folding to make waves and curls again and again.  The effect is mesmerizing and puts us in somewhat of a trance like when we watch the ocean waves come in and hit the shore.  Each one a little bit different than the one that preceded it.
The drawing below of water pouring into a pool is also mesmerizing to look at.  The way the clear stream all of the sudden turns into a magical swirl of shapes is so playful yet close to the heart of what we experience when water moves.  Photography hardly describes the phoneme as well as paint does, or for that matter drawing. You can feel and see the water bubbling up as the source from above comedown on it.  The concentric circles get further apart as the water moves away from the source.  Leonardo took it upon himself to reveal natures mysteries yet still keep them as mysteries.  I feel after looking at one of his paintings or drawings that I understand what I saw better, yet I am so blown away that I am still no closer to understanding how it all works.  My curiosity is fueled to love what I see more.  The inner workings of the body, the endless questioning pulls me toward as source.  How does it work? Where does it come from? Why so beautiful? Why so ordered? 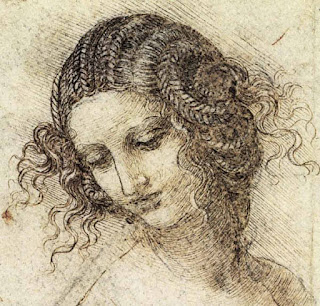 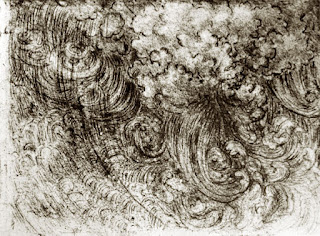 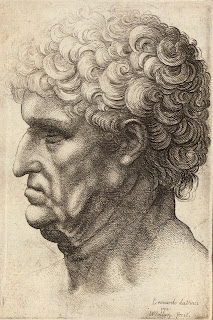 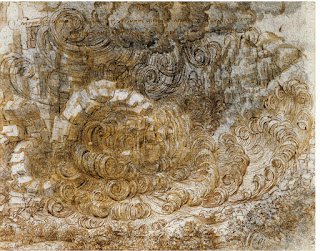 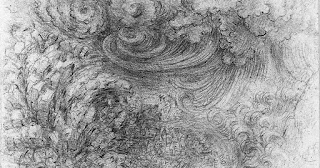 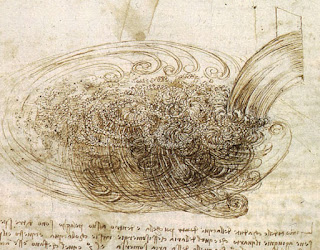 Posted by jonathan macadam at 6:54 AM No comments:


Posted by jonathan macadam at 6:13 AM No comments:

https://youtu.be/Bbzj4xADz7Y
Posted by jonathan macadam at 6:12 AM No comments:

Question and Answer with Chris Larson of Rivers and Roads.


How long have you been painting, at what point did you realize this would be a vocation for you? I have been painting since high school.  My first oil painting was a self portrait Junior year.  I realised my first year in college that I wanted to make the visual arts a vocation.

Earliest Art memory? My first memory seems to be looking down at the street from a crib near the window watching people walking down below.

Favorite places or scenery to paint and why? I love to paint the sky and water; as it is always changing and is so challenging, and rewarding to try and imitate light, and its reflection with oil paint.

Who influences your art the most? George Inness and John Constable. 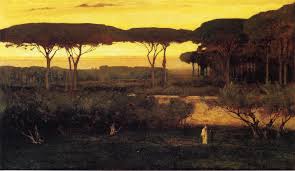 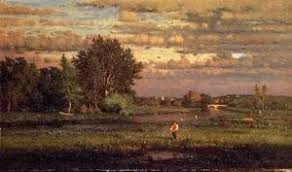 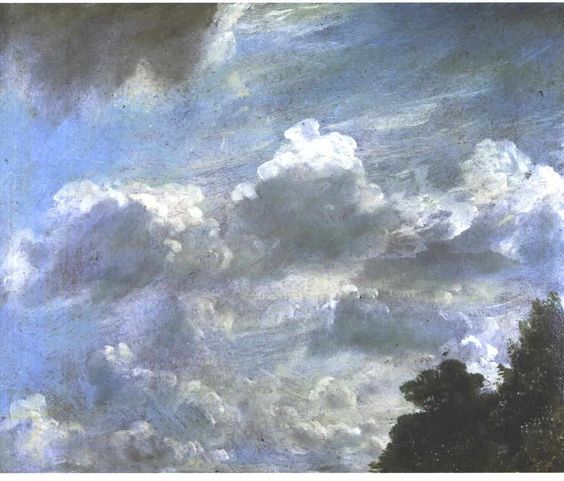 What is the biggest challenge you've faced as an artist? One of the most challenging and rewarding projects was painting commissioned landscapes of Central Park.  It was a challenge to have to paint in the park and also install the work in the apartment that overlooked the Park itself. Also painting outside in England, in bad weather was quite a challenge. 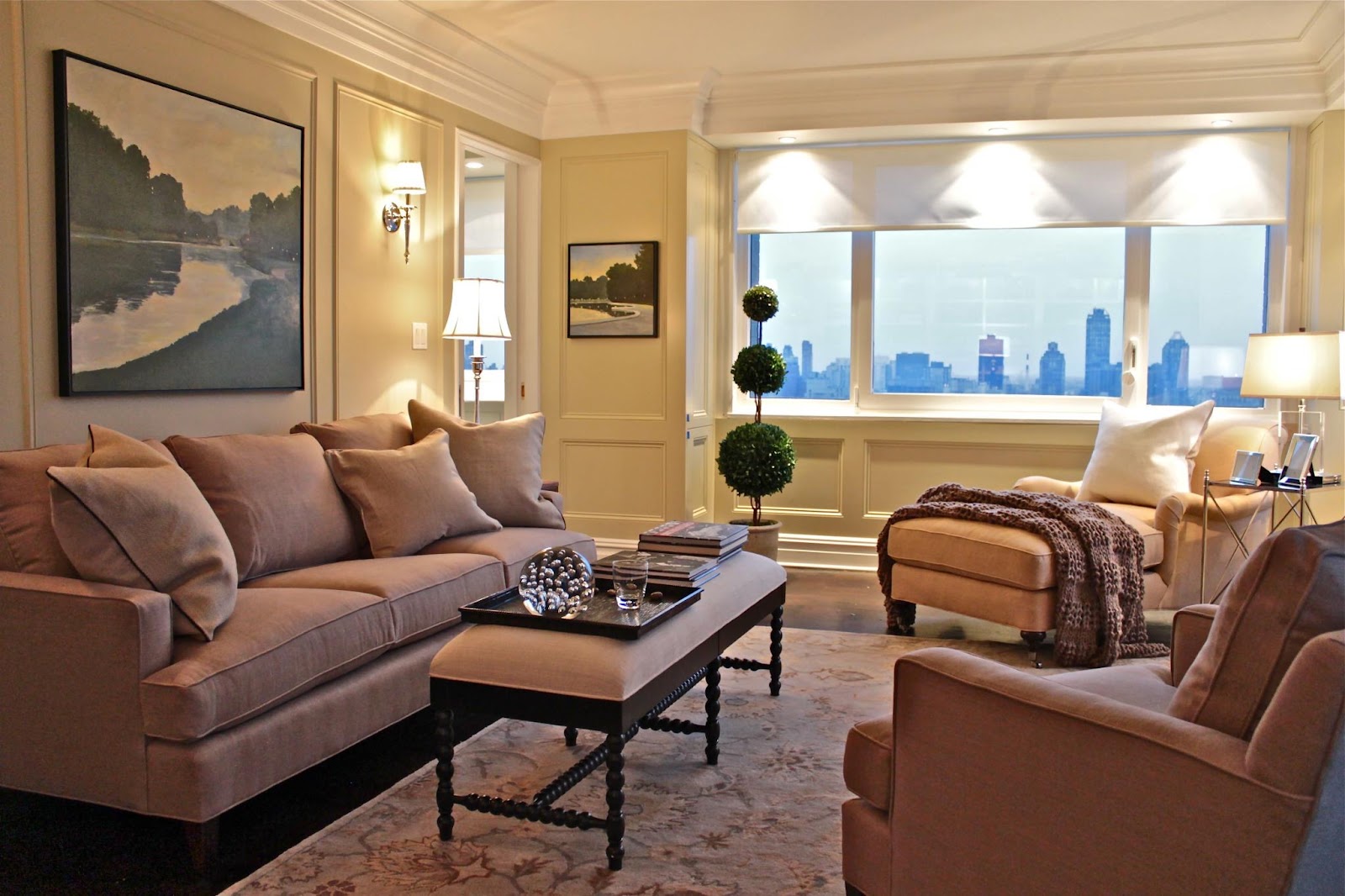 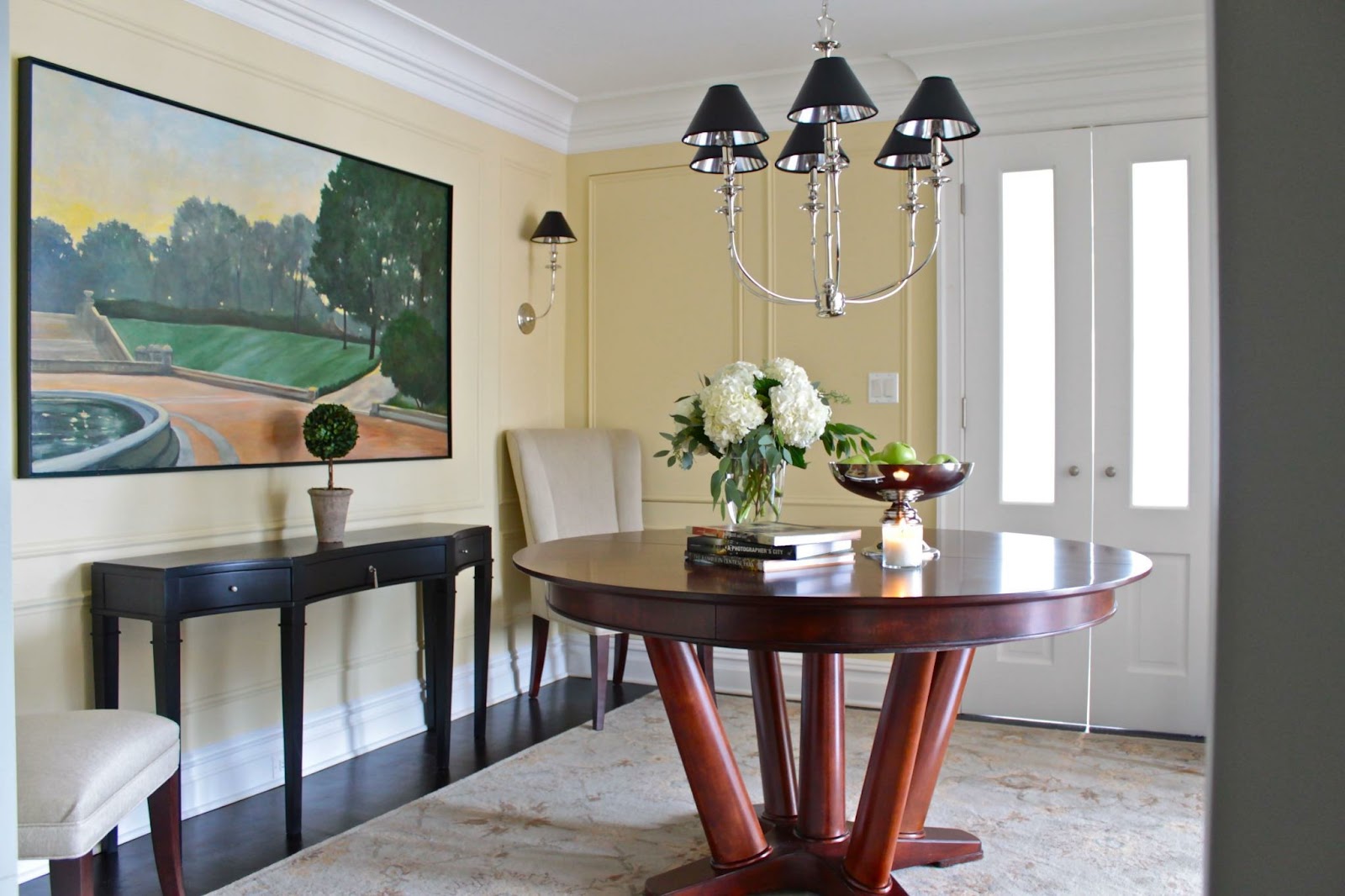 Works you are most proud of? My recent larger studio paintings of Choate Island, in Essex Bay, Massachusetts. 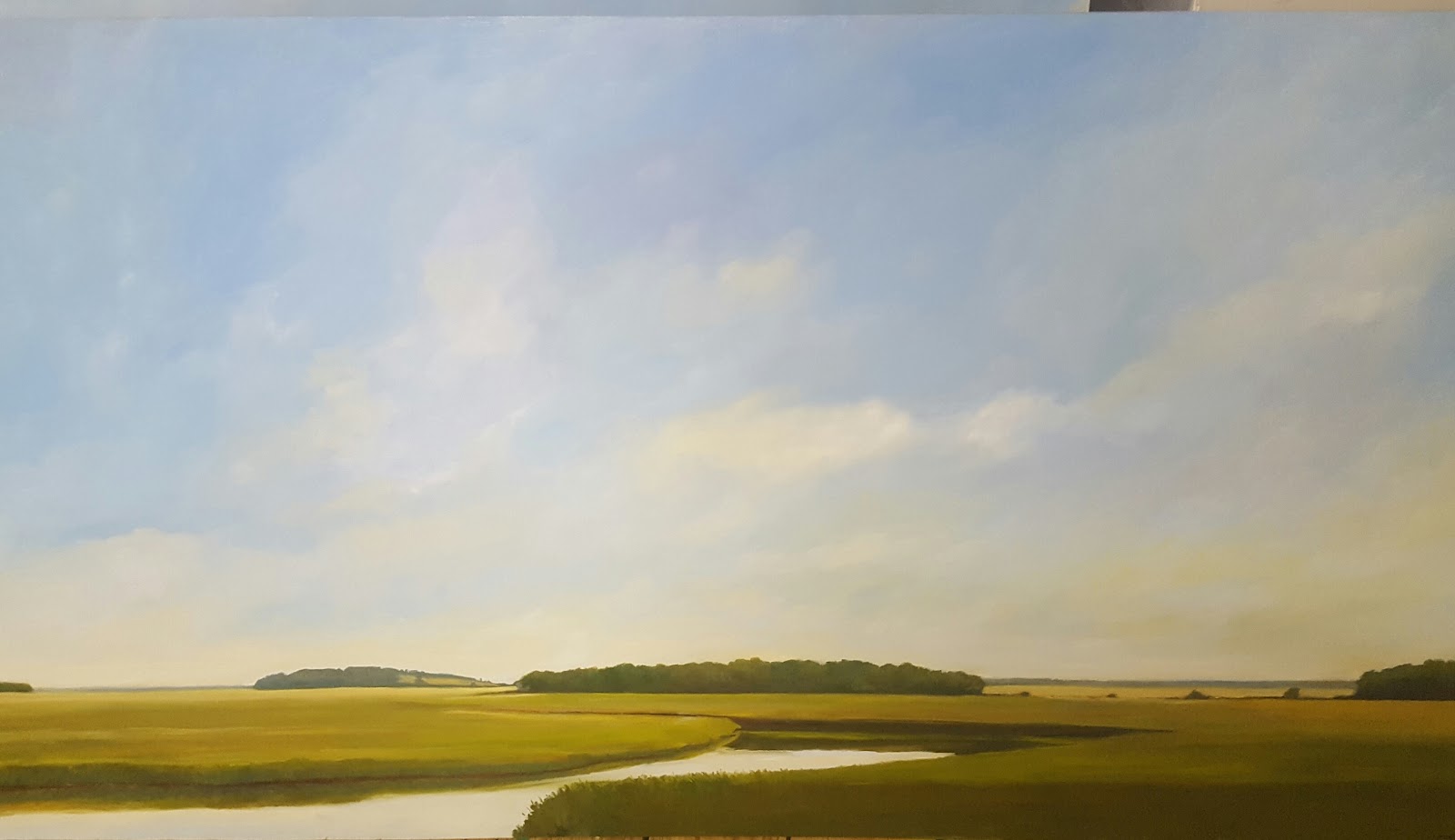 Memories of special places (physical/metaphorical) your art has taken you? Some favorite memories are going to museums in Italy, and seeing great works of art for the first time.  These were spiritual experiences for me. Metaphorically art has “opened my mind” to new ways of seeing the world and appreciating the beautiful and “small” things in life.

Posted by jonathan macadam at 8:19 AM No comments:

When I go back and look at some of the first paintings that American artists were making I am fascinated by their optimism. In paintings like "Kindred Spirits," 1849, by Asher Durand, you feel the sublime in nature and the conversation of two friends as they marvel at its rugged beauty.  This was painted a year after the death of Durand's friend Thomas Cole.  The painting commissioned by Jonathan Sturges depicts Cole on the right with his easel  under his arm, talking with a poet William Cullen Bryant.  I looked up some of Bryant's writing and the first quote I came upon was what I might have expected; " Go forth under the open sky, and list To Nature's teachings."
This spot in the Catskill Mountains is painted lovingly and reverently. There are no ruins from Europe.  There are only the broken branches of trees and the mountains that seem as if they have been placed, or composed in a way that skips the eye back into space getting lighter, softer and more ultra-marine as they move into the distance.  Its gives us the feeling of peace between man and nature, where two friends just stand in awe of what they are seeing.  It is an idealized moment.  The hawks flying free and the light just right.  So many landscape artists of this period seem to have the feeling of America as a paradise regained in their work.  The waterfall running through the center is another great design in composition.  It leads our eye up and down the painting and for me adds a sound of water moving.  There is great attention placed on the detail of the ferns in the foreground to the left.  The over hanging branch also has a visual rhythm as the pattern of the leaves seem to speak order in the wild.  There is a great balance in the painting.  There is not only reverence for Nature but also that of Thomas Cole.  The Oxbow, by Thomas Cole is another great painting, painted in Massachusetts.
The last painting I have chosen goes back a little further to 1795.  In this painting we can see an influence of the European painters such as Claude Lorraine who lived in France in the 1600s. Winstanley has a painting that can still be seen at Mount Vernon, that was owned by George Washington.  During a visit to Mount Vernon I was fascinated by these paintings and their dark beauty.  The mood and mystery is something that I am drawn to in my own paintings. This painting by Winstanley was painted around the same time that the poet William Wordsworth was composing lines prasing Nature for its doorway into the human spirit.  These words echo that of Bryant; "Come forth into the light of things, let nature be your teacher."
Lines Written in Early Spring


I heard a thousand blended notes,
While in a grove i state reclined,
In the sweet mood when pleasant thoughts
Bring sad thoughts to mind. 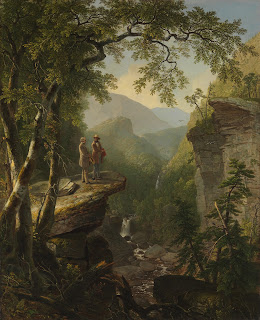 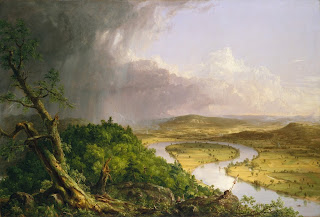 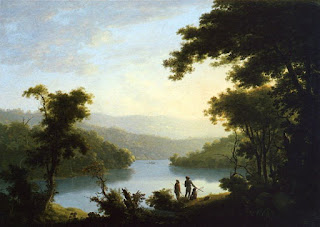 "Meeting of the Waters," 1795, by William Winstanley, at the Museum of Art, Utica, New York
Posted by jonathan macadam at 8:27 AM No comments:

"Bring it all Back Home" (Painting out doors from Claude, Corot, and Constable).

Claude, Corot,  and Constable all worked outdoors and brought what they were working on into the studio to use to further the vision that they saw. I have been enjoying painting out of doors more recently.  Getting up early and setting up to paint is as I have been reading how Claude would do this to study the light at dawn and dusk.  His drawings in the British Museum are among my favorite studies of the landscape.
Constable copied the painting Hagar and the angel who said looking back this was an important epoch in his life.
I love hearing how other artists were influenced by each other.  When you hear that they saw certain works you can start to make connections.
Claudes sketches were not ends in themselves but was interested in the imagination and how he could look inward to use the landscape as a body that expresses a spirit beneath; as Casper David Friedrich puts it: "It is not faithful representation of air, water, rocks, and trees which is the artists task, but the reflection of his soul and emotions in these objects."
I have put a few of these artists out door studies next to a finished painting done in the studio for you to see how they feed into each other. 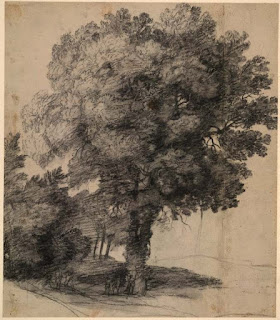 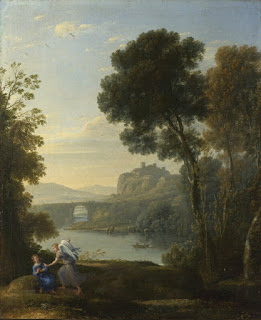 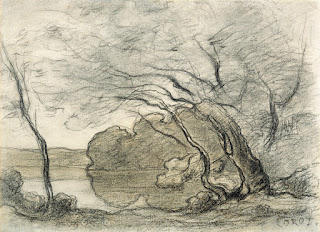 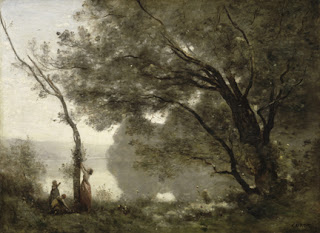 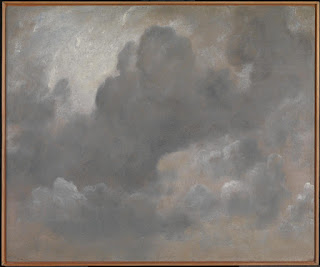 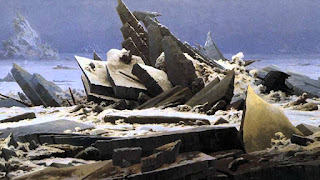 Posted by jonathan macadam at 6:17 AM No comments:

creativity is an endless pleasure

When we try and preserve a moment by taking a picture or a video, we never quite do the place justice.  there is too much information.  There is so much going on in any given moment. when I paint or draw out side i see more and more that our landscape is consumed by urban and suburban sprawl. I want to preserve the beauty that is being engulfed.  We live in a time where things are changing rapidly.  Painting slows me down.  I start to look.  I take off the veil that is over my eyes and I see things that are always there.  A constant beautiful song that is under everything but so faint that you need to stop and listen carefully to hear it.  Painting and drawing do that for me.  When mankind and nature are in harmony it feels right.  It feels good.  I love the romantic poets of the nineteenth century.  they understood that nature had a voice and could teach us spiritual truths if we were willing to listen.  With the dawn of industrialization these poets were aware that their beloved countryside was changing.  Factories were creating dark clouds on the horizon in the name of progress.  These poets like William Wordsworth mourned what was being lost and the beauty that still can not be surpressed.  I too see this beauty out of the corner of my eye as it vanishes.  I try and look at it.  the graphite on paper turns the page into someplace that is real.  The magic always works for me for some strange reason.   Turning the sky and clouds into paint helps me to remember that these things are sacred.  I stop to listen and hear the most beautiful music. Nobody is going to paint the same scene the same way.  We all bring with us in the brush and the line something of ourselves, of our past experience, our teaching, our own vision as we respond to what it is we are seeing.  It is endless. Creativity is an endless pleasure.